On Monday, Jaguar Land Rover, the largest auto manufacturer in Britain announced that it is testing software that enables the people driving its cars to earn IOTA cryptocurrency as a form of reward for sharing data.

Jaguar is also developing a new technology referred to as “smart wallet” technology that will be installed in its automobiles in the future. This will enable Jaguar car drivers to be rewarded with IOTA coins for actions that allow their vehicles to report useful data like potholes, traffic congestion, etc. automatically.

The software will allow drivers to earn IOTA coins if they allow their car to participate in a ride-sharing program. The IOTA coins earned by the drivers can be used by them to pay for parking, tolls and even charging their electric cars.

The company is currently aiming to achieve zero accidents, zero emissions as well as zero congestion.

Car manufacturers across the world are currently exploring blockchain applications as well as trying to find different ways to leverage technology to suit the different requirements of their customers. Blockchain can be defined as a system powering cryptocurrencies similar to bitcoin. It is a shared database which is maintained by a network of computers which are connected to the internet.

Jaguar is currently testing the new technology at its engineering base located in Shannon, Ireland. Engineers have already installed the software on different vehicles including the Range Rover Velar and Jaguar F-PACE with the smart wallet features.

However, Jaguar does not have a timetable yet about when the smart wallet technology will be released to the general public.

The IOTA token allows people as well as machines to transfer money and data without racking up any transaction fees. IOTA tokens were last seen at 27 U.S. cents per each token.

According to Dominik Schiener, the co-founder of IOTA as well as a co-chairman on its board, the smart wallet technology can be easily adapted to any new vehicle. IOTA promotes interoperability among different players, making it the perfect technology to be adapted among different car manufacturers. IOTA can be used as a universal token for the upcoming machine economy, making it easily adaptable. The smart wallet technology is aimed at making life easier for drivers as they share data collected by the software in return for free IOTA tokens. 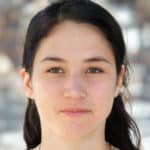 About the Author / Pearl Knight

Pearl Knight is an award winning news writer. Her articles appeared on home page of some of the foremost publications. She has worked as a freelance writer for almost a decade. She recently joined FinanceNews.Global as a senior news editor. She generally writes about world's economy, business and finance related news stories.