Francisco D’Souza who bowed out as Cognizant CEO earlier in the year 2019 had made a huge $191.4 million in compensation during the entire period when he remained CEO of the IT giant from 2007, revealed a blog-spot by American compensation research firm Equilar.

The blog-spot also mentioned that a large chunk of the amount came in the form of stocks and options.

The figure divulged by Equilar is apparently higher than the previously reported $104.3 million highlighted in the summary compensation table of Cognizant’s annual proxy statement for the former CEO. The difference may have occurred as a result of the good performance of the stock taken place during the said tenure.

According to Alex Knowlton, senior research analyst at Equilar, 2016 witnessed the maximum gap between the reported and realized pay. The realized total for the said year was approximately 4 times the amount of the reported pay in the summary compensation table.

D’Souza’s realized pay was at 32.9 million in the year 2016 and the reported pay was $8.3 million. Therefore, the realized pay remained more than the reported pay in every year except the second year i.e. 2008 during his tenure as CEO. D’Souza witnessed an exceptional phase as CEO of Cognizant. During this period, the revenue of the tech giant surged higher than Wipro and Infosys.

This period also witnessed a sharp rise in the stock price. And, March 2018 was the period when the stock price reached its peak. It is expected that during a large part of his tenure, the former CEO would have earned maximum realizable pay.

Meanwhile, Cognizant is all set to acquire Zenith Technologies in a bid to boost its IoT capacity. Massive developments are taking place with every passing day in the world of technology. The earlier technologies have now become obsolete and the latest technologies are coming into existence. The latest technological innovation that has taken the IT industry by storm has been in the branch of IoT also known as the Internet of things. Experts feel that IoT is all set to become the next big thing in the massive world of tech and huge investments are taking place in this sector.

Keeping this in mind, Cognizant seeks to get into IoT in a big way and as the company believes is required to boost its credential first, it has opted for acquisition first. Cognizant has made the big announcement of acquiring Zenith Technologies which is likely to enhance its IoT capabilities. The detail of the deal is not yet known. The latest acquisition is going to prove helpful for the company in the coming time. 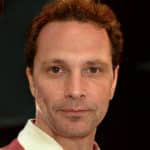 About the Author / Steven Davis

Steven Davis is a online writer and editor, most recently joined FinanceNews.Global team as a news editor. He covers news articles ranging from personal financing and investments. He is also known for his comment sections. In his free time, he loves to read books based on fiction.